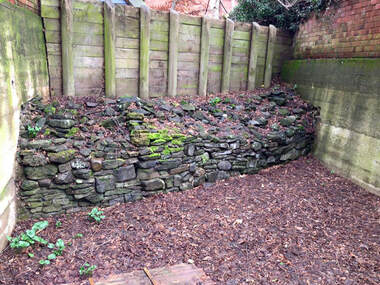 15) Saxon City Wall
These are preserved remains of a section of the early Saxon Wall, the only Saxon defence works currently visible in England.
​The towns defences were extended and enhanced between AD881 and AD 914 either by Alfred the Great or his son Edward the Elder and improved by Alfred’s daughter Aethelflaed Lady of the Mercians as she continued her father’s strategy of fortifying the towns  resistance to Viking and Welsh attacks

Return to Home page
Powered by